Get fresh music recommendations delivered to your inbox every Friday.

The Serpent and The Sparrow 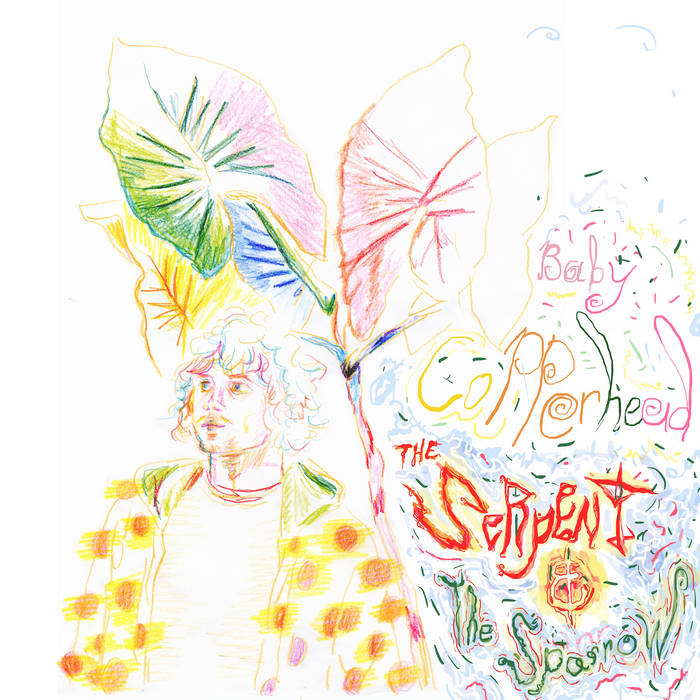 Baby Copperhead and Tin Angel Records announce the 07/04/2017 release of his fourth album, The Serpent and the Sparrow, an experimental landscape from a dystopian future featuring new songs arranged for string trio, banjo, acoustic guitar and electronics. Traditional modal tunings from Southern Appalachia and sampled field recordings encounter stark expanses of synthesized sounds amidst contemporary classical arrangements for violin viola, and cello, alternately lush and spare. Building on his “otherworldly” folk roots, Brooklyn-based Ben Lee (a.k.a. Baby Copperhead) extends his explorations of a broken, dissonant sort of Americana, one in which repressed elements from our cultural past—the banjo’s African origins, polyphonic borrowings from 16th century European sacred music—return amidst the ones and zeros of digital metering, sonic figures sculpted by programmable machines, and distant voices broadcast as radio waves over discarded technological channels.

There is an elegiac beauty in Baby Copperhead’s music—a reverent memory of indigenous archetypes of the Southwest, of bird songs serendipitously synched to manmade tempos and tunings native to Lee’s teenage home in North Carolina; yet one can also hear in it the struggle against the tide of our current ecological crises and our unyielding political cynicism. Ruminating on the fragility of our existence, insurgent voices from the past and future mix together to form a polyphonic protest: a self-made baritone instrument constructed from a long-neck banjo with guitar strings, the syncopated picking styles of Appalachia, or even Berber techniques featuring melodic and rhythmical patterns and ornamental trills are integrated organically with 20th century inspirations as diverse as Laurie Anderson’s electronic experiments, Rzewski’s Coming Together, the poetry of Gary Snyder, the irresistible contrapuntal motion of Terry Riley’s In C, or even the plaintively plucked strings of Bob Dylan’s 4th Time Around. The Stranger writes, “In Baby Copperhead’s hands, the banjo sounds otherworldly… After a couple tracks, you’ll… wake up to the possibilities that [he] has just begun to harness.” WNYC raves, “[Baby Copperhead is a] banjo visionary." And Revue notes, “[Baby Copperhead] showcases the ability of the Brooklyn-based singer-songwriter to create stirring, atmospheric music with traditional instruments and a classical arrangement."

The Serpent and the Sparrow was co-produced and mixed by Grammy-nominated Mike Tarantino and features Brent Arnold on cello, Jessica Pavone on viola, and Tom Swafford on violin. Other recent collaborations include works with Eugene Chadbourne, Ed Askew, and Room 21 with Jace Clayton (a.k.a. DJ/rupture), a project that demonstrates Baby Copperhead’s ongoing interest in exploring the nexus of European classical, North African, and Central American traditions through the prism of folk music and pop culture.
credits

Bandcamp Daily  your guide to the world of Bandcamp